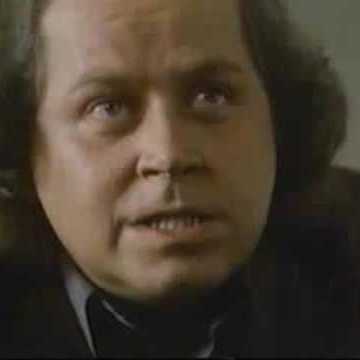 The whole world, including the stupidest sons of bitches, needs to know the truth about the Second World War.

@TheIronHeart it's the same with all leftism. you can see examples on here.

you impose rent control. some people paying today 350 for apartment in nyc when the market price is 10x that. great for them. but the vast majority have extreme difficulty finding housing because the market is hampered by the government. it's this in every area. you could even stretch it and explain politics by it: the white vote is excluded, two fake alts are the only licensed players, and the majority suffers. 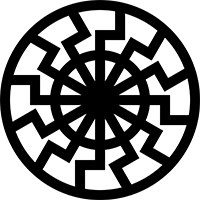 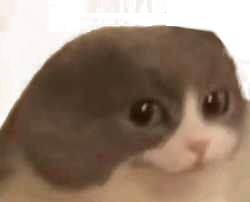 @[email protected]
@NailBomb For a long time, and this isn't surprising as it's the current mainstream held view among historians, I thought that it was the following: up to December 1941 = Germany can win, 1942 (Stalingrad) = Germany more likely to lose, 1943 (Kursk) = Germany guaranteed to lose.

But now I think EVEN with the lend lease support (remember there are STILL retards among us (all from a certain ethnic background) who don't even think lend lease made a difference in the outcome lol) I think the turning points were when a physical 2nd- and more importantly 3rd front was opened. So now I think its more like Italian front opens in 1943 = Germany more probable to lose than win, and only in mid 1944 does it become certain that it's unwinnable conventionally, the Soviets just could not successfully encircle and liquidate a German pocket without the German forces being spread too thin with another front, they were incapable of doing this as late as February 1944.
1
Dec 06, 2022, 16:42

@Alex_Linder
I just found out today that I got banned for that comment.

If anyone ever challenges your assertion about the Jewishness of the Frankfurt School, just use this mnemonic device to educate them.
"I waved a FLAG for HeLP with installing my K&N air filter in my BMW."

RT @TheBitcoinConf
This is why we #Bitcoin

@Varg
Amazing how parents can be conditioned into mutilating their own kids, so long as it is accepted and promoted as "science" by the corrupt "authorities".

Some I haven't read before...

Lucas Gage
@LucasGage84
·
14m
The only thing that creates change in reality is FORCE. You can have the TRUTH, but if you don't ACT on it using FORCE or THREAT of it, it won't matter. The People are armed to the teeth, yet the Govt isn't scared; it knows they'll just pray or protest but never do what's needed.

"Catholicism and communism were two spiritual poles in Merton’s life which, for a while at least, exerted an equal attraction on him. By the time he arrived in Harlem to work with the Baroness, Merton saw the effects of the same force field on the soul of the Negro. Modernity’s rejection of the moral order, which began with the economic liberalism of the nineteenth century, was the matrix out of which all of the twentieth-century ideologies grew."
-EMJ
This COULD be satire.
#libidodominandi

the jews would naturally look at medicines as a way to control the population, just as they look at mass media.

even nonjews like huxley have pointed out the use to the control state of meds that pacify, tranquilize, dumb down, de-energize, or just plain destroy as with puberty blockers.

the logic for media control and meds control are exactly the same.

@Someguy look at the date on that. like to see him claim that now. there was no basis to claim it then either. the right intellectual interpretation of what has happened is that now, yes, all vaccines are thrown into question.

we who are jew aware should look at it this way: if the kikes are extremely concerned about what we see and hear, so that they control all mass media, are they going to be less concerned about "trusted medicines" that go in our body? the logic follows. meds = goycontrol.

"Stephen Spender in The God That Failed talked about the 'doubly secured Communist conscience': 'A conscience which tells us that by taking up a certain political position today we can attain a massive, granite-like superiority over our own whole past, without being humble or simple or guilty, but simply by virtue of converting the whole of our personality into raw material for the use of the Party machine!'"
-EMJ
As Alex has said, Communism and Christ-insanity are both wokeism.
#libidodominandi

The whole world, including the stupidest sons of bitches, needs to know the truth about the Second World War.