You need all three to be crystal clear.

@Someguy the problem iant with our antichrisrhetoric, it is that christfags are immune to logic when it comes to religion i the same way shitlibs are woth facts about race and gender. They have a jewish religion while crying about jews. These people don't care what is true. They want to be deceived.

@spiritsplice nah you have to be real with yourself. It hasn't caught on in the same way

@Someguy I agree it hasn't caught on, but that isn't because there arguments aren't there or aren't being used. It is because christfags don't care about anything said against their cult. The cult must be true and good, it "came from god", the end. Doesn't matter what you say to that. These faggots can't even admit the whole thing is jewish, much less a lie. 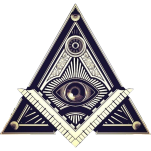 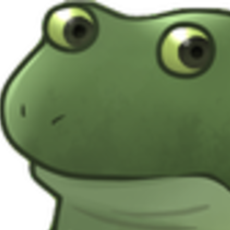 You are like 10 levels of ignorant it's hilarious. If you are going to be anti-religion, at least have some basic knowledge of religions. I had this same argument with another fellow from yggdrasil.social and it's sad.

For example, "Christianity" or the worship of Jesus Christ as God and the Messiah is not a cult because there are 1000s of sects of Christianity that have different beliefs and are often opposed to each other. To say I have something in common with a Catholic is laughable to me.

Plus the whole Christians are Jews thing is retarded. Do not associate us with those Christ-rejecting haters of God. They believe in evolution, blaspheme the Lord Jesus Christ, teach that pedophilia is okay. The Talmud is sick and extremely racist, plus their god is a tranny (it's male and female at the same time??), that's disgusting, your so wrong on many levels.
1+
May 29, 2022, 07:59

@bonkersbsd @spiritsplice it is good cop bad cop. Sure it may not be as explicit in some ways but the ideas line up exactly for what a jew would want a white person to believe. Never fight back. Never use your brain. Blacks are as holy as you or I. This life doesn'tmatter so do what we say even if its stupid.

@spiritsplice @bonkersbsd See the difference between you and me and maybe Linder and me (maybe though he is rarely clear) I see bonkers as a totally legit white person that is a little bit confused. He's going after Christianity because seems to be protecting what he thinks is good in society. And its an accepted form of white collectivism.

@Someguy it makes him a moron you is ignoring pattern recognition. unless he doesn't know anything at all about jews or history or how christianity ended up in europe or what it did to our people, then he has no excuse to be doing kike shit and pretending it is White. EST except for all the kikes in the bible? Fucking no. EST. Christians are more dishonest than jews, because jews don't actually claim to believe what they say. they know they are lying.

@spiritsplice @bonkersbsd right but like I was a communist as well for 20 years. Does this make me also stupid? I am not stupid.

@Someguy did you outright lie when people told you the truth about it? that would be acting in a stupid way.

@spiritsplice @bonkersbsd for me I was more resistant to "racism" I never learned about conservatism as a kid. I didn't even understand it. Once I understood it it was already clear leftism was bad

@Someguy and notice how christians argue just like leftists.

it's the same gay mentality that dismisses the real world in favor of some story they were told. nobody has any real world exp that validates this nonsense.

@spiritsplice @bonkersbsd right but it gets back to my original point which is there is no snappy rhetoric to make this point. And it hasn't happened yet because to many of the influencers like vox day or anglin or striker are all pro Christian.

All support the same stuff

@charliebrownau conservatism isn't RW. There is no RW representation in government. All RW people are underground and anon.

@MK2boogaloo @bonkersbsd @spiritsplice this isn't even an argument. And you are accusing us of being edgy

Kerokeronim   @[email protected]
@Someguy @bonkersbsd @spiritsplice yes all of you are gay faggot.
0
Sign in to participate in the conversation